Dutchess Rail Trail Voted into the National Rail-Trail Hall of Fame
Thank You for Your Support!

Poughkeepsie…Rail-trail supporters from Dutchess County, the Hudson Valley Region and beyond, spurred the Dutchess Rail Trail’s selection as the newest inductee into Rails-to-Trails Conservancy’s (RTC) 2016 Rail-Trail Hall of Fame! Thanks to the overwhelming support of residents, County employees, and users of the William R. Steinhaus Dutchess Rail Trail, the Walkway Over the Hudson, and the Hudson Valley Rail Trail, the Hudson Valley Trail Network became the 30th Rail-Trail Hall of Fame selection, receiving almost 54 percent of the 19,885 total votes placed in a nationwide public vote, beginning on June 6 and ending on June 15. 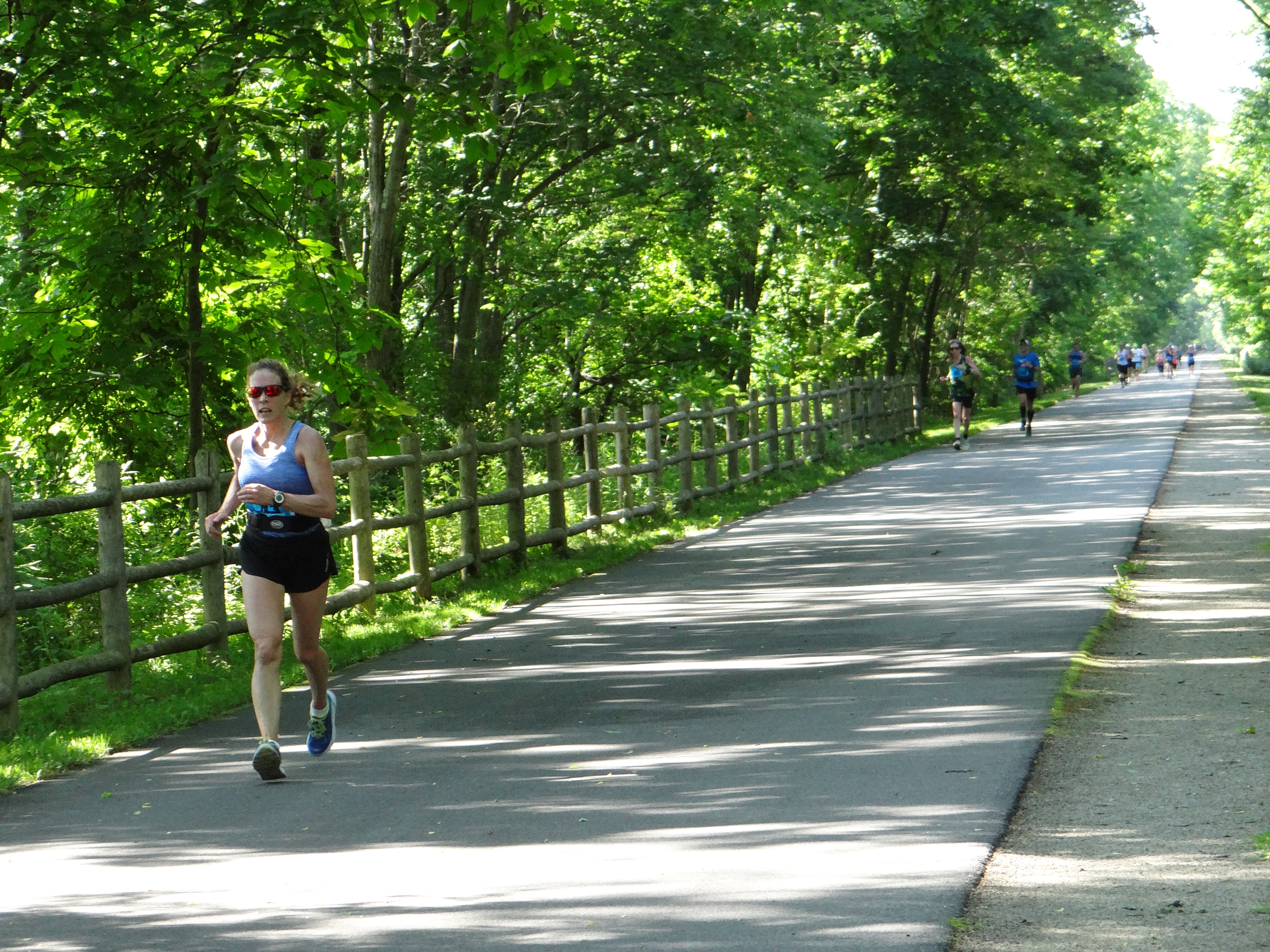 The popular Hudson Valley Trail Network covers 18 miles and connects three rail-trails, stretching from Highland, over the Hudson River and through Poughkeepsie, to Hopewell Junction. On the west side of the river, the flat, paved Hudson Valley Rail Trail stretches nearly 4 miles through hardwood forests, over Black Creek and under two spectacular stone-arch bridges. Walkway Over the Hudson runs 212 feet above the river along the steel cantilever truss Poughkeepsie-Highland Railroad Bridge (which was once the longest bridge in the world) and draws a half-million visitors annually. The Dutchess Rail Trail runs through what seems like a perpetually green landscape of dense tree cover, linking Poughkeepsie at the Hudson River with smaller towns to its southeast. The Hudson Valley Trail Network was RTC’s Trail of the Month in March 2016.

RTC is the largest trails organization in America, representing a community of more than 160,000 members and supporters—including 33,000 in New York—and more than 850,000 trail users. RTC selects Hall of Fame rail-trails based on merits such as scenic value, high use, trail amenities, historical significance, excellence in management and maintenance, community connections and geographic distribution. As a Hall of Fame inductee, the Hudson Valley Trail Network will receive national publicity, trail signage, coverage in Rails to Trails magazine and an unveiling event.

Rails-to-Trails Conservancy (RTC), a nonprofit organization with more than 160,000 members and supporters, is the nation's largest trails organization dedicated to connecting people and communities by creating a nationwide network of public trails, many from former rail lines and connecting corridors. Founded in 1986, RTC’s national office is located in Washington, D.C., with regional offices in California, Florida, Ohio and Pennsylvania. For more information, visit railstotrails.org.