A Brief History of Dutchess County

When Henry Hudson sailed up the Hudson River in 1609, laying claim to the valley for the Dutch Crown, the east bank of the river had been home for centuries to the Wappinger Indians and other members of the Algonquin Federation. They called one of their encampments Poughkeepsie, “the reed-covered lodge by the little water place."

In 1683, the colonial assembly established the twelve original counties of New York. Dutchess was among them, named after Mary of Modena, then Duchess of York and wife of the future King James II of England. The county's name derives from the seventeenth-century spelling of "duchess," as preserved in the original November 1, 1683, law that established the first twelve counties of New York.

Early European settlements clustered along the Hudson River at modern Beacon, Fishkill, Poughkeepsie, Rhinebeck, and Red Hook. Colonists from New England founded communities throughout the disputed areas of eastern Dutchess in the opening decades of the eighteenth century. The Treaty of Dover of 1731 stabilized the border zone.

Until the American Revolution, much of Dutchess County was organized into large land patents owned by a few rich men, including the Rombout Patent, the Beekman Patent, and the Nine Partners Patent. These owners subsequently sold lots or rented out allotments to tenants, leading to fraught relations that presaged the American independence movement.

During the Revolutionary War, the Village of Fishkill hosted the primary supply depot for the entire Northern Department of the Continental Army, including barracks, a hospital, and workshops. After the burning of Kingston in October 1777, Poughkeepsie served as the state capitol until the conclusion of hostilities.

Smith, the one-time sheriff of Dutchess County, is credited with throwing the vote in favor of ratification by introducing the idea for what would become the Bill of Rights.

During the post-Revolutionary era, the county began a slow climb to economic prosperity. In 1785, New York State granted the first license for the Post Road, formally establishing a series of taverns and inns along modern Route 9, some of which still stand today. These include the Elmendorph Inn at Red Hook and the Beekman Arms in Rhinebeck. The road network continued to grow throughout the nineteenth century, eventually being eclipsed by the railroad, which reached Poughkeepsie in the 1830s.

The combination of highways, railroads, and river access transformed western Dutchess into an industrial powerhouse, while strengthening agriculture in eastern Dutchess. Construction of the Borden Milk Company’s headquarters at Wassaic in Amenia insured the long prominence of the dairy industry in that region. 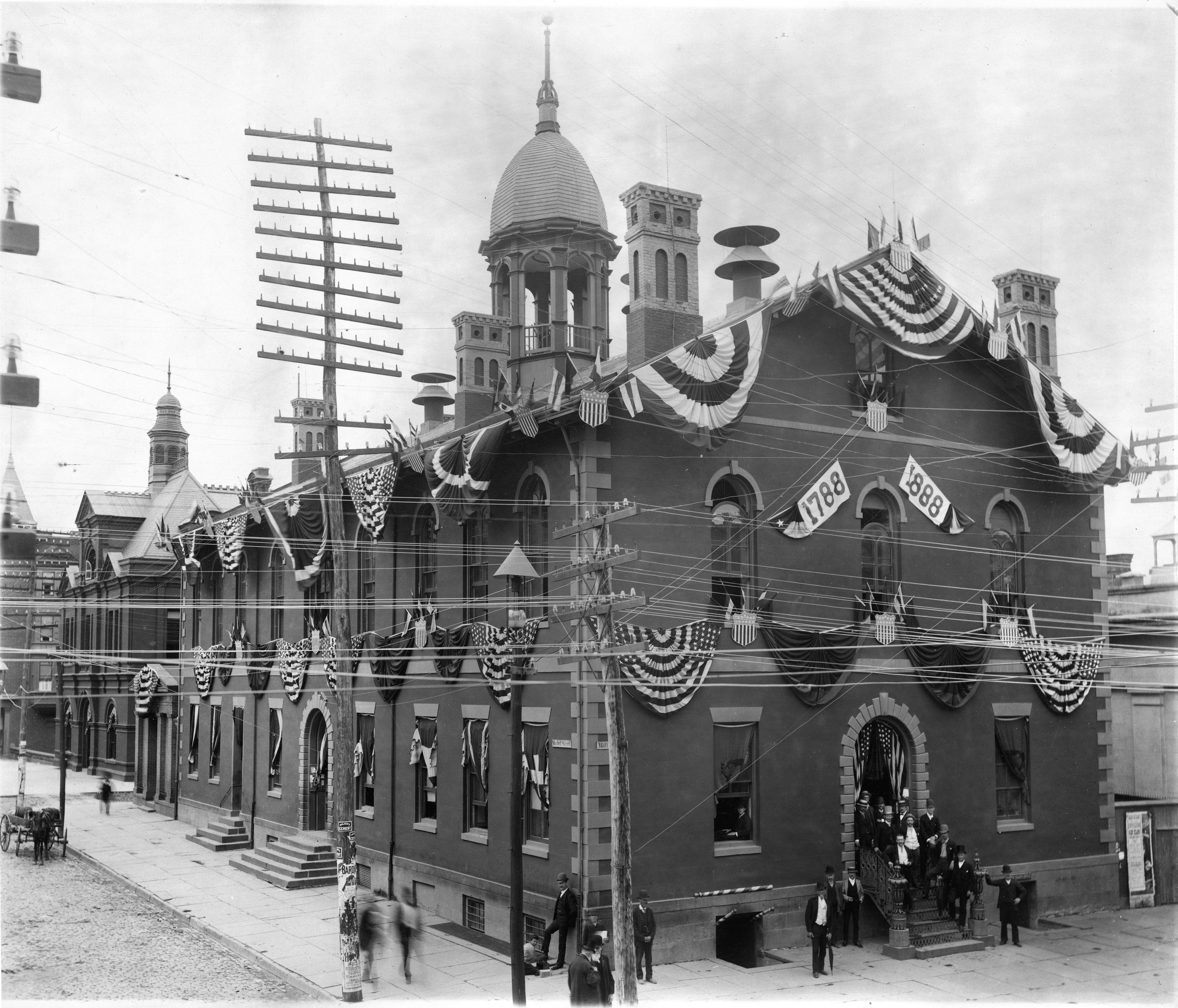 Ease of access and economic prosperity brought the first families of American from New York City to found or expand estates along the Hudson River. The Astors, Rogers, and Vanderbilts were among the families whose vast and beautiful properties dotted the landscape along the river and in the eastern highlands.
As this leisure class with money and time to pursue learning and culture emerged, literary and historical societies, schools, and institutions of higher learning emerged. From Vassar College to small community libraries, learning thrived in Dutchess County from the second quarter of the nineteenth century onwards.

Early in the twentieth century, Dutchess County regained political prominence as the home of Franklin Delano Roosevelt. During his service as governor and subsequently as President of the United States, Roosevelt and his wife Eleanor made Dutchess an experimental laboratory for New Deal ideas. FDR was the only President to win a fourth term in the White House: when Thomas E. Dewey from Pawling ran against him in 1944, it was the only time in American history when two men from the same county vied for the Presidency.

The seeds for post-World War II prosperity in Dutchess were planted in 1942 when IBM purchased property in Poughkeepsie. The expansion of their operations in the 1950s and 1960s introduced an era of tremendous growth in the Information Technology field and further transformed the county landscape. A growing population, with accompanying expansions of suburbs, required new roads and increased engagement from county government.

In 1967, Dutchess voters passed a county charter that created the Office of the County Executive and the Dutchess County legislature to provide dedicated service for county-wide needs.

In recent years, county government has acted to preserve historical elements of the landscape through adaptive re-use, nomination of sites to the National Register of Historic Places, and the development of entire historic districts. In consideration of Dutchess’s predominantly rural character, county government has assisted in the creation of agricultural districts preserving more than 200,000 acres of farmland.