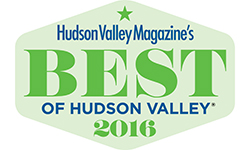 “Readers have once again recognized the scenic beauty and opportunities Dutchess County Parks provide children, families and adults to enjoy throughout the year. Bowdoin Park, the Dutchess Rail Trail and all of our great parks offer residents and visitors the opportunity to enjoy and experience all Dutchess County has to offer,” said County Executive Marc Molinaro. “We are excited to once again have our county parks recognized for their unique and distinguishing features that make them true treasures in the Hudson Valley and throughout the state.”

For the last ten years, Bowdoin Park has held the distinction of Favorite Park by Hudson Valley Magazine readers. A 301-acre park located on Sheafe Road in the Town of Poughkeepsie along the banks of the Hudson River, Bowdoin Park offers visitors numerous amenities for every season including two softball fields, three soccer fields, a community center, nature & history center, over three miles of nature trails, an ice skating rink, and sledding hill. It is also home to one of the top rated Cross-Country courses in the region.  Educational programs, including archery, maple sugaring and adult survival, are held throughout the year to familiarize people with the natural history and cultural heritage the park has to offer.  Bowdoin Park has open areas for picnicking as well as playgrounds for children, including the water spray play area which operates during summer months. The park is a popular destination for events and gatherings including family reunions, weddings and more at the many facilities available for rental including Mapleknoll Lodge, Ellessdie Chapel and the Community Center auditorium. Bowdoin Park is also home to the popular Kevin McCurdy’s Haunted Mansion attraction.

The William R. Steinhaus Dutchess Rail Trail (WRS DRT) has been selected for the fourth time as Best Bike/Rail Trail. The WRS DRT  is a 13-mile multi-use linear park that runs through the middle of the County along the former Maybrook Rail corridor including the towns of Poughkeepsie, LaGrange, Wappinger and East Fishkill, with a direct link to the Walkway Over the Hudson and the regional trail network. Since the first phase of the trail opened in 2008, thousands of residents and visitors have walked, biked, ran, skated, and have even gone snowshoeing on the Dutchess Rail Trail, all while enjoying the scenic beauty of Dutchess County. The WRS DRT is a popular venue for organized races including the Walkway Marathon and several charity fundraisers. The Dutchess Rail Trail, along with the Walkway Over the Hudson and the Hudson Valley Rail Trail, comprise the Hudson Valley Trail Network, which was recently voted into Rails-to-Trails Conservancy’s 2016 Rail-Trail Hall of Fame.

Voted among the “Best of Hudson Valley” for a fourth consecutive year, County Executive Molinaro was first elected to public office at the age of 18 in 1994, serving on Village of Tivoli Board of Trustees.  In 1995, he became the youngest mayor in the United States. During his 22 years of public service, he has served as Dutchess County Legislator and New York State Assemblyman. He is currently serving in his second four-year term as County Executive. As County Executive, he has been committed to core leadership principles of Focus, Inclusion, Logic and Fairness to best meet the needs of county residents. Many of his initiatives have focused on making county government more accessible and open to engage residents in a collective dialogue, whether it is at meetings, public forums, community events, interviews or social media. In 2015, County Executive Molinaro launched the “ThinkDIFFERENTLY” initiative which seeks to change the way individuals, businesses, organizations and communities relate to our neighbors with special needs.

The “Best of Hudson Valley” 2016 party, which showcases this year’s winners, will be held on Thursday, October 13th at the Poughkeepsie Grand Hotel starting at 5:30 p.m. Abilities First is the charity beneficiary of this year’s “Best of the Hudson Valley” party. For more information, visit http://www.hvmag.com.