Poughkeepsie… An invigorated “Think Dutchess” brand was unveiled this morning at the Dutchess Golf Club during the Dutchess County Economic Development Corporation’s (EDC) last official quarterly meeting.  As the EDC transitions through its dissolution, “Think Dutchess” will identify and unify the county’s various economic development efforts and will be the brand identity for an extensive marketing campaign.   The new Think Dutchess brand can be viewed by clicking HERE. 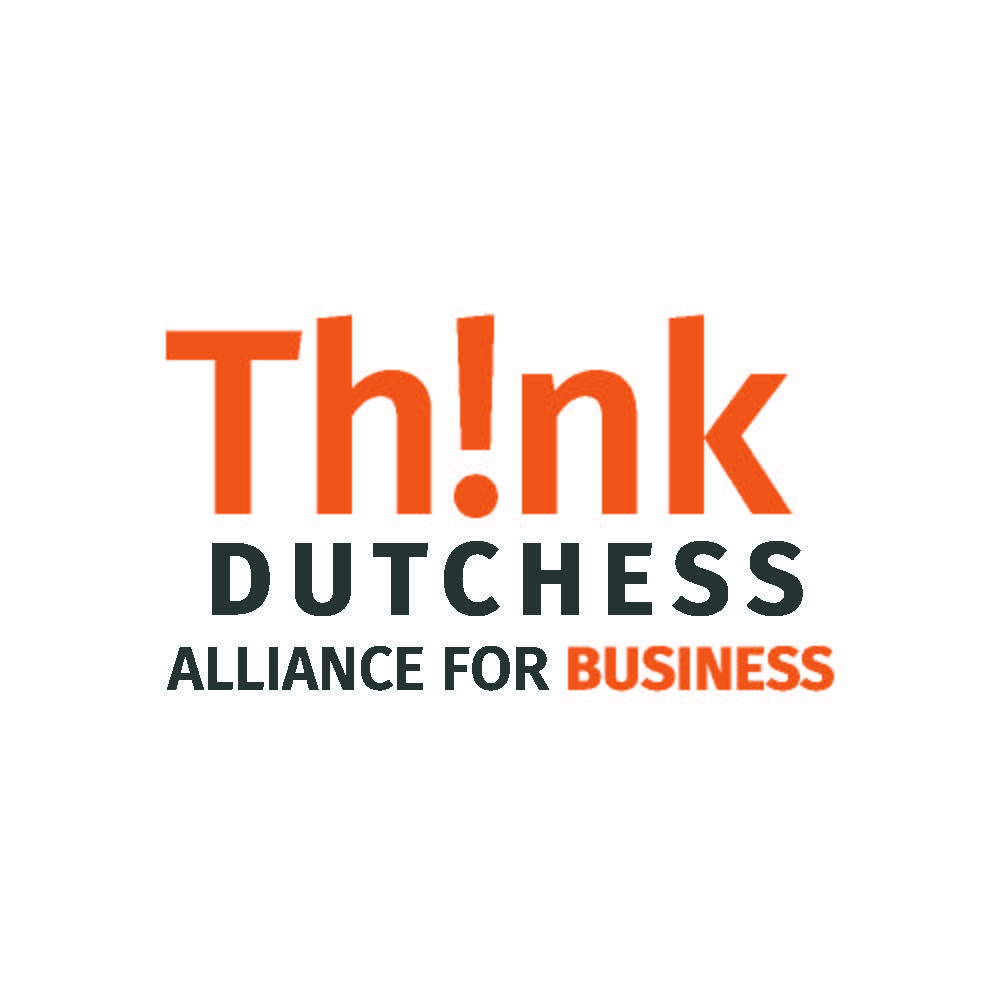 Today’s meeting was the last official quarterly meeting of the Dutchess County Economic Development Corporation (EDC).    In January, the EDC board voted to support and pursue Dutchess County Executive Molinaro’s proposal to dissolve the EDC and transfer the assets, staff and functions of the EDC into the Dutchess County Local Development Corporation (LDC), thus consolidating the functions and enabling the economic development staff to focus on job and business retention and attraction, instead of administration and government reporting and compliance.    The process has been ongoing over the last several months.   The official transfer of assets and staff is targeted for September 2015 and the LDC will file to do business as “Think Dutchess.”

“Think Dutchess” has been a tagline used off and on over the years, with occasional changes made to the look and the design.    The new “Think Dutchess” concept is designed to be a more robust identity that  represents business retention, expansion and attraction and the alliance that is working together to advance the Dutchess County economy.

“We wanted a brand that maintained our identity but was updated, fresh and vibrant.   Think Dutchess has been modernized to be more attractive to the current marketplace.    It provides us the agility to tailor our “Think Dutchess” message toward specific industry marketing and it will be used both within the county and in our global efforts,” said Dutchess County Deputy Commissioner of Strategic Planning & Economic Development Ron Hicks.

The “Think Dutchess” marketing campaign will include a new website landing page where individuals and businesses can be connected with the resources and information they need to locate or expand their business in Dutchess County..   The campaign will include drone footage of Dutchess County assets, which will then be used in welcome videos and other targeted marketing videos for specific industries.    Additionally, a “Think Dutchess” publication will be created, along with targeted industry literature, that can be used as an introduction piece to all Dutchess County has to offer for businesses.  Other efforts will include targeted ads, web splash pages, email updates and trade show and conference participation.

EDC Board Chairman Ed Kellogg noted that while today’s meeting was the last official meeting before the formal dissolution, “The EDC has been active and aggressive through the transition and economic development efforts have continued at full steam.”   During committee reports at the meeting, it was noted both EDC and County staff have been facilitating Consolidated Funding Applications for a wide variety of projects, which are due on Friday, July 31st.   An update on vacancy rates in Dutchess County showed current industrial space vacancy is at 14.4% and office space vacancy is at 11.8%, both well below national averages which are above 20%.  Several properties throughout Dutchess County are currently under contract for new business development including manufacturing, a new data center and several mixed use properties that would feature housing, office, entertainment and retail.

As the EDC dissolves, current EDC board members will be appointed to serve as members of the Dutchess County Economic Development Advisory Council (EDAC).  The EDAC will include representation by Dutchess County Government, Dutchess County Regional Chamber of Commerce, Dutchess Tourism, the Dutchess County Workforce Investment Board (WIB), and the IDA in place of EDC.  Together, the organizations will work as a team, and carry out the county’s economic development strategy.    The EDAC is expected to officially launch and begin meeting in October 2015.