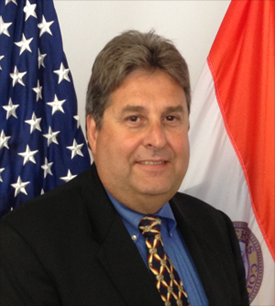 Earl Bruno Jr. began his career with Dutchess County Government in 1977, following in his father’s footsteps to serve the residents of Dutchess. His father, Earl Bruno Sr., served as Majority Leader for the Dutchess County Legislature from 1968 to 1973. He later served as the local Commissioner of Jurors from 1974 to 1989 where he was recognized by the Chief Judge of the State of New York for his development of the ’phone in’ system for jury service, which allowed jurors to call in each day to find out if they were needed for service rather than having to report for the entire day for each day of their jury term. This system was replicated across New York State.

Earl Bruno Jr. has continued his father’s tradition of public service and innovation throughout his tenure with Dutchess County Government. In the late 1970s, he served as a manager in the Finance department, where he administered the County’s employee health and dental benefits and facilitated the transition from a fully insured plan to a self insured plan. In 1986, he was appointed as Deputy County Clerk to then-County Clerk William R. Steinhaus and was instrumental in transforming the County Clerk’s legal division from a paper recording system to a computerized one.

He was appointed as Assistant to the County Executive by Mr. Steinhaus in 1992. During his twelve years as Assistant to the County Executive, he served as advisor on major public policy issues with direct oversight of the fiscal, programmatic and administrative operations of various departments and units of county government. Just a few of the major initiatives he was actively involved in included:

In 2004, Earl Bruno was appointed as the Commissioner of Personnel (Human Resources). As Commissioner, he has been responsible for recruitment, labor relations, and employee benefits for Dutchess County Government. He also serves as the local civil service officer, responsible for administering civil service to the cities, towns, villages and school districts in Dutchess County.

"Having served with Earl prior to becoming County Executive, I was thrilled he agreed to remain as Commissioner of Human Resources,” said County Executive Molinaro. “Serving as Human Resources Commissioner has become a complex responsibility, requiring an understanding of civil service law, delicacy in contract negotiations and an appreciation for policy and procedure. This position requires a sense of loyalty and respect for the county's workforce. Earl's experience, diligence and professionalism may only be surpassed by his love for Dutchess County and dedication to our employees. I cannot easily express how valuable his advice and counsel has been during our efforts to transform county government. For that, and for his lifetime of service, I am thankful.”

Mr. Bruno said, “It has been a rewarding experience working for the residents of the county. Growing up and seeing the pleasure my father derived from helping people, I knew I wanted to come back to Dutchess and work with the community. Any success I may have had in my career, I have to share and is directly attributable to the quality managers and employees I have been fortunate to work with in county government. I’m grateful to former County Executive Steinhaus for giving me the opportunity to serve, and I am honored County Executive Marcus Molinaro has had the confidence in me to assist him in his strong leadership to this county and establishing his priorities as county executive.”

Mr. Bruno, who resides in the Town of Hyde Park with his wife Sandy, plans to remain active with volunteer work in the community, golf, woodworking and vacation time in Schroon Lake, New York. Mr. Bruno officially retires on July 30th, 2013. He will be recognized for his service by County Executive Molinaro and the members of the Dutchess County Legislature at the Legislature’s July 15th Board meeting. County Executive Molinaro concluded, “On behalf of a grateful community, I wish Earl Bruno many years of good health and happiness. His is a record of thoughtful and humble service and for that, we salute him."