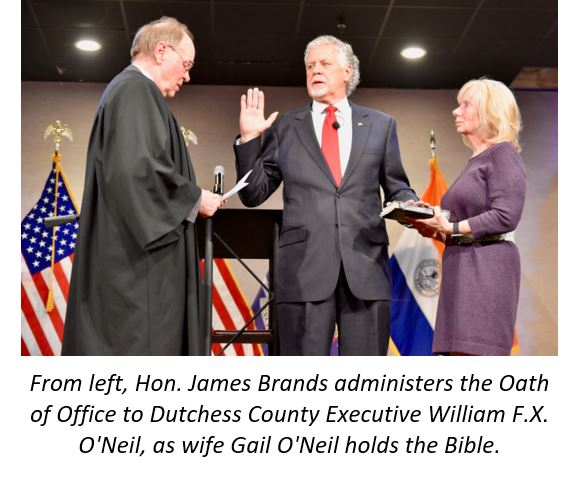 Former County Executive Marcus J. Molinaro’s resignation was effective 11:59 a.m. today as Mr. Molinaro was sworn in as a Member of Congress in the House of Representatives, representing New York’s 19th District.  In accordance with the Dutchess County Charter, Mr. O’Neil took the Oath of Office at the County Office Building at noon today, and filed the corresponding paperwork, with Dutchess County Clerk Brad Kendall. Mr. O’Neil held a ceremonial swearing-in event this evening at Calvary Chapel of the Hudson Valley in Poughkeepsie, where Hon. James Brands administered the Oath of Office before nearly 200 assembled guests, including family, friends, elected officials and community leaders.

County Executive O’Neil said, “Over the past 11 years, this administration has undertaken and successfully seen to fruition myriad projects, programs and services which have enhanced Dutchess County residents’ lives, and I intend to continue and expand that legacy in the coming year. Our county is blessed to have such a talented government workforce and caring community stakeholders, and I look forward to continuing to foster collaborations between both that will benefit our friends and neighbors throughout Dutchess County.” 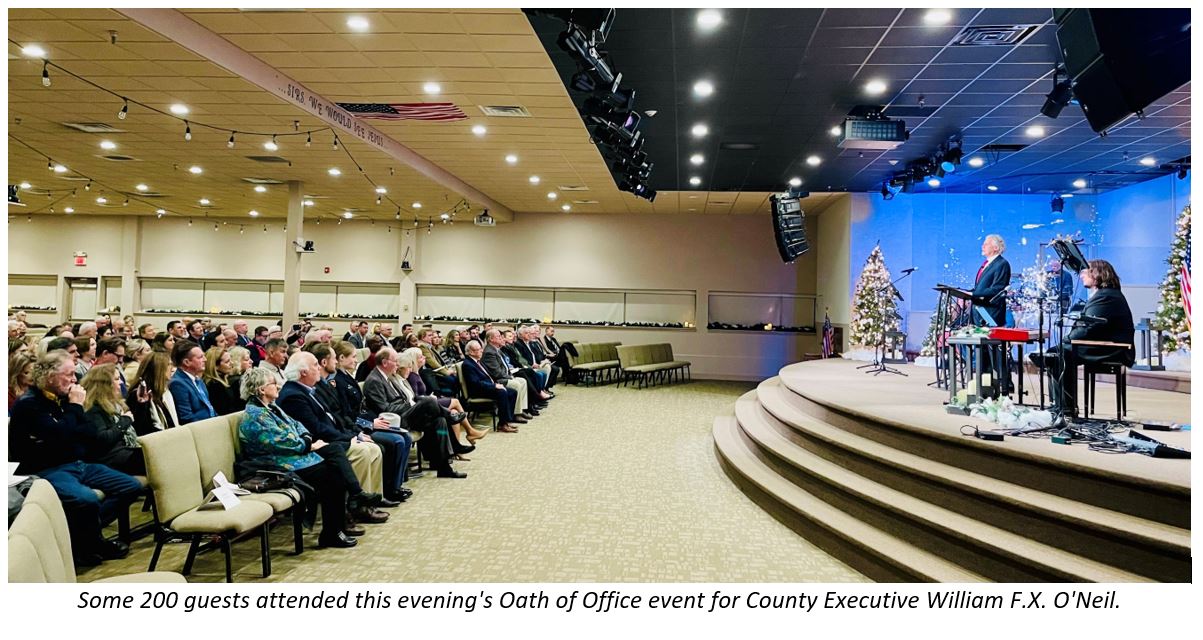 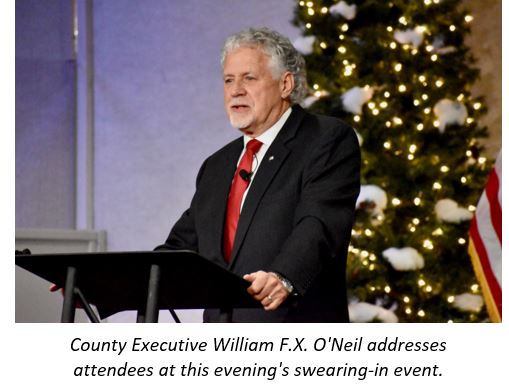 As Deputy County Executive, Mr. O’Neil oversaw the operations and administration of Dutchess County Government’s administrative departments. He was part of numerous achievements made during the Steinhaus and Molinaro administrations, including, among others:

Among his priorities in the coming year, County Executive O’Neil will focus on the design of and funding for the Youth Opportunity Union, the countywide youth center to be built in the City of Poughkeepsie, as well as construction and opening of the County’s Emergency Housing Facility.

Before beginning public service, Mr. O’Neil was a senior executive in the healthcare software industry, in various positions of sales, marketing and management, including Senior Vice President of Sales for Baxter Healthcare, Chief Operating Officer for MPower and President of a FISERV subsidiary.

County Executive O’Neil received his undergraduate degree from Niagara University and his Master of Business Administration degree from the University of Utah. He served in the United States Army, attaining the rank of Captain, and currently resides in the Town of Poughkeepsie with his wife, Gail.

Video of this event is available to view online.