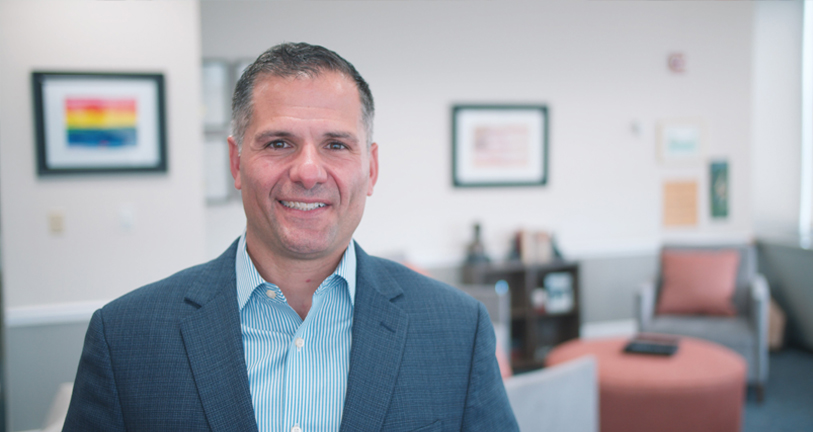 Marc Molinaro was first elected to public office at the age of 18 in 1994, serving on the Village of Tivoli Board of Trustees.  In 1995, he became the youngest mayor in the United States.  He was re-elected mayor five times and elected four times to the Dutchess County Legislature. In 2006, he brought his passion for public service to Albany when elected to represent the 103rd District in the New York State Assembly.  As County Executive, Marc serves as Second Vice President for the New York State Association of Counties (NYSAC).

Marc has been an innovator in New York, establishing a holistic approach to dealing with residents’ health. By combining the former departments of Health and Mental Hygiene into the Department of Behavioral and Community Health (DBCH), Marc focused on population health in Dutchess County, looking at the health of the whole person – both the physical and the mental health – to best serve his or her needs.

Marc has been leader on Open Space Protection and Farmland Preservation, an advocate to preserve the Hudson River Valley Greenway and a supporter of the Greenway Compact.  In 2013, the New York State Senate appointed him to the Greenway Heritage Conservancy for the Hudson River Valley.  In 2014, Marc was honored by the Pace University Land Use Law Center as the recipient of its Groundbreaker’s Award given to a graduate of the Center's Land Use Leadership Alliance (LULA) Training Program.

Marc has worked tirelessly to establish Dutchess County’s comprehensive criminal justice system based on prevention, intervention, diversion and transition – a structure which can be a model for America. Dutchess County’s Mobile Crisis Intervention Team, crisis intervention training, evidence-based alternatives to incarceration, and an array of transitional programs have been successful and can be replicated by counties throughout the nation.

Marc has been active in numerous community and civic organizations.  In 2010, he was honored with the VV Anderson Award for Community Service by the Anderson Center for Autism.   In 2011, Astor Services for Children and Families presented him with the Louise Marillac Public Service Award in recognition of the work he has done on behalf of children and families in the community.  In 2014, Marc received the Champion for Elder Rights and Safety Award from the Coalition on Elder Abuse in Dutchess County.   In 2015, he was honored for outstanding leadership by the Mid-Hudson Chapter of the American Red Cross, and was named the Distinguished Citizen of the Year by the Boy Scouts of America, Hudson Valley Council. The New York State Rehabilitation Association honored Marc as the 2016 Public Official of the Year, and Taconic Resources for Independence recognized him for his successful “ThinkDIFFERENTLY” efforts at the organization’s 30th anniversary celebration.   He was also honored with the 2017 Catherine Seeberger Citizenship Award by The Arc of Dutchess.

Molinaro is a graduate of Dutchess Community College, where he earned a Dutchess United Educators award, and the PACE Land Use Law Center Community Leadership Alliance.  He has been recognized by the Greater Southern Dutchess Chamber of Commerce and “Capitol” news publication as one of their first “Forty under Forty” leaders. The Albany Times Union cited him as one of Albany’s “True Reformers,” the Hudson Register Star recognized him as a “strong advocate,” and the Poughkeepsie Journal called Molinaro a “voice of reason."   Hudson Valley Magazine readers have voted Molinaro “Best Politician” in the Hudson Valley region seven times.