The Dutchess County Drug Task Force reports the arrest of Ronald Bernard age 62 of Poughkeepsie and Sandra Fleming age 66 of Poughkeepsie for Criminal Possession of a Controlled Substance (Heroin/Fentanyl) with Intent to sell, a class B Felony in New York State. Multiple Search Warrants were executed by the Drug Task Force in the Town of Wappinger and City of Poughkeepsie. This resulted in the seizure of a large quantity of narcotics which included heroin, fentanyl, and crack cocaine. In addition to the narcotics seized, an illegal handgun was recovered as part of this investigation.

Mr. Bernard was arraigned in the City of Poughkeepsie Justice Court and remanded to the custody of the Dutchess County Jail without bail. Ms. Fleming was released with an appearance ticket and directed to return to court on 06/22/22 to be arraigned on these charges. As with any criminal case the charges described above is merely an accusation and both Mr. Bernard and Ms. Fleming are presumed innocent until proven guilty in a court of law.

The public should be aware that Fentanyl is a synthetic opioid that can often be lethal in small doses. Illegal drugs, for example heroin, is often contaminated with Fentanyl. Fentanyl is believed to be a 100x more potent than morphine and according to the DEA as little as two milligrams of fentanyl can be lethal. In Dutchess County there have been a significant number of overdose deaths related to Fentanyl use.

If anyone has information about this case or other individuals selling drugs you are urged to contact the confidential tip-line at DrugTaskForceTips@gmail.com or call 845-463-6040. 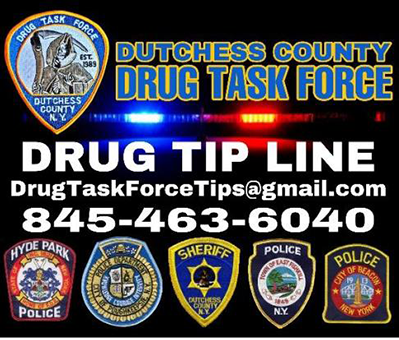