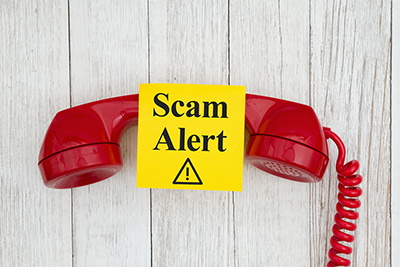 The Dutchess County Sheriff’s Office would like to take this opportunity to warn the residents of Dutchess County and surrounding areas about scams that once again seem to be on the rise.

Scams are ways in which criminals will attempt to get money from people by contacting them and making up elaborate stories. In some cases the perpetrators have tried, sometimes successfully, to use the victim’s emotions about a loved one in trouble to get money. It’s common for the perpetrators of these scams to try to get money by telling people that one of their relatives has been seriously hurt or is in jail, and that they need money right away. In many cases they will pose as a law enforcement official or another relative to try and convince the victim that it’s legitimate.

The Sheriff’s Office would like to offer the following tips for people to avoid these types of scams:

Do not meet up with someone that you don’t know; if you’re asked to do this it is surely a scam, and it is very dangerous as well.

It is very important to not send any money to anyone that you don’t know until you’ve confirmed the situation through an independent source and feel comfortable with it. If it’s a scam once the money is sent it’s very difficult, and most times impossible, to get it back.

If anyone thinks they may have been the victim of a scam they are encouraged to contact the Sheriff’s Office at 845-486-3800 or via the tipline at 845-605-CLUE or dcsotips@gmail.com.