The Dutchess County Sheriff’s Office would like to take this opportunity to warn the residents of Dutchess County and surrounding areas about scams that once again seem to be on the rise, and to also report the arrest of two subjects in connection with a recent scam.

Scams are ways in which criminals will attempt to get money from people by contacting them and making up elaborate stories. In some cases the perpetrators have tried, sometimes successfully, to use the victim’s emotions about a loved one in trouble to get money. It’s common for the perpetrators of these scams to try to get money by telling people that one of their relatives has been seriously hurt or is in jail, and that they need money right away. In many cases they will pose as a law enforcement official or another relative to try and convince the victim that it’s legitimate.

The latest scam involves the perpetrators posing as representatives of a legal team in order to scam the victims out of money. On 1/28/22 Sheriff’s Office Detectives became aware of a possible scam in which the perpetrators contacted the victim and informed them that a relative was a suspect in a DWI-related fatal crash, and that they were looking for $25,000 to bail them out. After some research the victim was able to recognize it as a scam and didn’t pay the money, but contacted the Sheriff’s Office. Sheriff’s Office Detectives were then able to further the investigation and identify the perpetrators, identified as Elizabeth Y. Taveras (age 29 of NYC) and Sade N. Rosario (age 29 of NYC). Both subjects were arrested on 1/28/22 and charged with attempted grand larceny, which is a felony.

After being processed both subjects were released on appearance tickets and are due to reappear before the Town of Wappinger Court on 3/3/22 at 5:30 pm. If anyone has any further information about this case or similar cases involving these subjects they are urged to contact Detective David Meyer at 845-486-3778 or dmmeyer@dutchessny.gov. The Sheriff’s Office can also be contacted via the tip line at 845-605-2583 or dcsotips@gmail.com, and all information will be kept confidential.

As with any criminal case the charges described above are merely accusations and both Ms. Taveras and Ms. Rosario are presumed innocent until proven guilty in a court of law. Sheriff’s Office Detectives were assisted in the investigation by members of the Dutchess County Drug Task Force, and more information may be released at a later time as it becomes available.

Finally the Sheriff’s Office would like to offer the following tips to help people avoid these scams:

It is very important to not send any money to anyone that you don’t know until you’ve confirmed the situation through an independent source and feel comfortable with it. If it’s a scam once the money is sent it’s very difficult, and most times impossible, to get it back. If anyone thinks they may have been the victim of a scam they are encouraged to contact the Sheriff’s Office at 845-486-3800 or via the tipline at 845-605-CLUE or dcsotips@gmail.com. 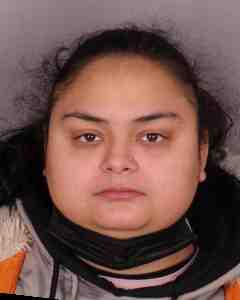 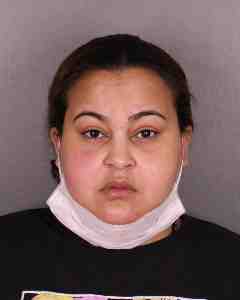