The Dutchess County Sheriff’s Office reports the arrest of Paul J. Senecal, age 38 of Poughkeepsie, in connection with a stabbing which occurred on 5/29/22 at approximately 5:40 pm.

On the above date and time Sheriff’s Deputies responded along with the New York State Police to a residence on Scott Drive in the Town of Wappinger for a report of a female who had been injured. Upon arrival it was discovered that Melanie Chianese, age 29, had suffered from stab wounds and was seriously injured. Ms. Chianese was transported to Mid-Hudson Regional Hospital where she ultimately succumbed to her injuries.

Initial investigation led to the identification of Mr. Senecal in connection with the above incident, and he originally fled the scene, however, was later located in the City of Poughkeepsie. Further investigation by Sheriff’s Office Detectives led to him later being arrested and charged with Ms. Chianese’s death. Ms. Chianese and Mr. Senecal were known to each other, and the motive for the incident is still under investigation.

At this time Mr. Senecal has been charged with Murder in the 2nd Degree, which is a felony. After being processed he was arraigned before the Town of Wappinger Court and remanded to the Dutchess County Jail without bail.

As with any criminal case, the charge described above is merely an accusation, and Mr. Senecal is presumed innocent until proven guilty in a court of law. 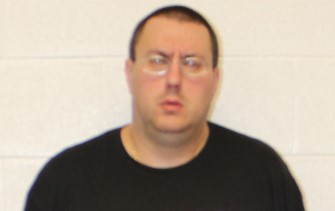