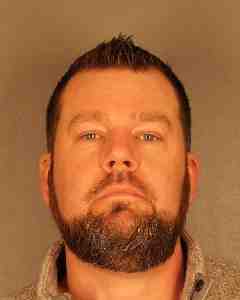 The Dutchess County Sheriff’s Office reports the arrest of Tyson Kreig, age 40 of Red Hook, for multiple counts of rape and other offenses in connection with an ongoing investigation by Sheriff’s Office Detectives. Mr. Kreig was arrested at his residence on 2/22/21 and has been charged with the following:

All charges are felonies and are the results of multiple victims coming forward and filing complaints with the Sheriff’s Office. At this time no further information about the victims, the number of victims, or the circumstances surrounding the cases will be released in order to protect the victims’ privacy and safeguard future court proceedings.

After being processed Mr. Kreig was arraigned before the Town of Red Hook Court and remanded to the Dutchess County Jail in lieu of $10,000 cash bail or $20,000 bond for each victim.

The investigation is ongoing and anyone who has information on this case or similar incidents involving Mr. Kreig is urged to contact Detective/Sergeant Adam Harris at 845-486-3852 or email at aharris@dutchessny.gov, or Detective Jeffrey Cohen at 845-486-3827 or email at jcohen@dutchessny.gov. Information can also be provided via the Sheriff’s Office tipline at 845-605-CLUE (2583) or dcsotips@gmail.com, and all information will be kept confidential.

As with any criminal case the charges described above are merely accusations and Mr. Kreig is presumed innocent until proven guilty in a court of law.