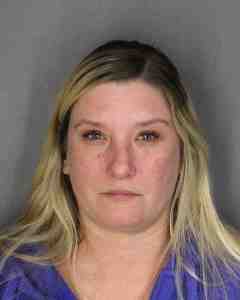 The Dutchess County Sheriff’s Office reports the arrest of Dana M. Weitlich, age 39 of Wappingers Falls, NY for arson and other related charges.

The Sheriff’s Office Detective Division in conjunction with the Sheriff’s Fire & Arson Investigation Unit and the Dutchess County Fire Investigation Division investigated a series of incidents that occurred over the last several months in the Town of Wappinger. As a result of the investigation, evidence was developed that Weitlich set fire to a structure located on a residential property and attempted to set a vehicle on fire.

Weitlich was arrested on October 23, 2018 and charged with the following offenses:

This investigation is still ongoing. If anyone has any information regarding these incidents or related incidents involving this defendant, you are urged to contact Detective Adam Harris at 845-486-3852 or via email at aharris@dutchessny.gov. The Sheriff’s Office can also be contacted via the tip line at 845-605-CLUE (2583) or email at dcsotips@gmail.com, and all information will be kept confidential.

As with any criminal case, the charges described above are merely an accusation and Dana M. Weitlich is presumed innocent until proven guilty in a court of law.