The Dutchess County Sheriff’s Office reports the arrest of two (2) subjects in connection with a series of vehicle break-ins in the Town of LaGrange area. The two have been identified as Anthony Ramos (age 28 of Pawling) and William Tyson (age 26 of Pawling). Mr. Ramos is also a police officer with the City of Danbury Police Department in Connecticut.

On 9/25/15 at approximately 1:40 am, Sheriff’s Deputies responded to Arthursburg Road in LaGrange for a report of a larceny from a vehicle that just occurred. Mr. Ramos and Mr. Tyson were located close to the scene, and further investigation linked them to the reported larceny as well as several others in the LaGrange area. Both were taken into custody at the scene and transported for processing. At this time both men are accused of entering unlocked vehicles and stealing property at numerous residences in the Town of LaGrange.

Both subjects have been charged with one count of grand larceny in the 4th degree, which is a Class E Felony, and after being processed both were released on appearance tickets. Numerous items of suspected stolen property have been recovered by the Sheriff’s Office, including GPS units and pocketbooks.

This information was initially withheld for certain investigative reasons, and even though arrests have been made the investigation is continuing to determine if either subject may be connected to other unreported larcenies. If anyone has any information or thinks that they may be the victim of a larceny in the Town of LaGrange between the dates of 9/24/15 – 9/25/15, they are urged contact the Sheriff’s Office at (845) 486-3820 and ask for Detective Pfitscher. The Sheriff’s Office can also be contacted through the tipline at (845) 605-CLUE (2583) or dcsotips@gmail.com.

As with any criminal case, the charges described above are merely accusations and both defendants are presumed innocent until proven guilty in a court of law. More information may be released as it becomes available. 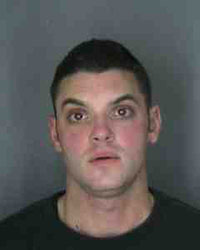 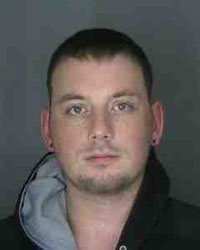