It is with deep sadness and regret that Sheriff Adrian “Butch” Anderson reports the death of a Dutchess County Deputy Sheriff, who passed away on 5/5/15 at Albany Medical Center from injuries he suffered in a motorcycle accident on 4/28/15. 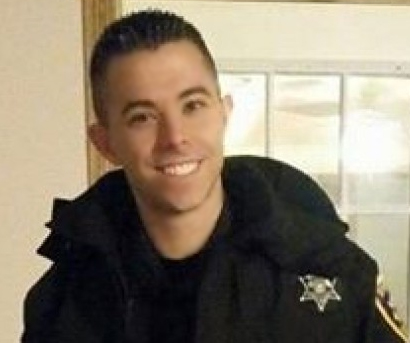 On 4/28/15 at approximately 3:15 pm, Sheriff’s Deputies responded to Winchell Mountain Road near Pulver Road in the Town of North East for a report of a serious accident. Upon arrival, it was determined that the crash involved a motorcycle and the driver had suffered serious injuries as a result.

The driver was identified as Kristopher Cuddeback (age 23), and he was flown from the scene to Albany Medical Center where he remained until passing away on 5/5/15. Mr. Cuddeback has been a Deputy with the Sheriff’s Office since February 2015 and he was off-duty at the time of the accident.

Preliminary investigation has shown that Cuddeback was operating a 2005 Suzuki motorcycle in an easterly direction on Winchell Mountain Road when he lost control, at which point the motorcycle overturned and he was ejected from it. The investigation is continuing by members of the Sheriff’s Office Crash Investigation Unit and at this time, unsafe speed is thought to be the primary factor.

Funeral services for Deputy Cuddeback are in the process of being finalized at this time and more information may be released as it becomes available.