The Dutchess County Sheriff’s Office reports the arrest of Gregory P. Tietje, age 36 of LaGrange, for felony DWI and other charges stemming from a traffic stop on Freedom Road in LaGrange at approximately 1:00 am on 3/25/15.

On the above date and time, a Sheriff’s Deputy observed a 1999 Chevrolet Silverado traveling erratically and with only one tail light on Freedom Road. The vehicle was then stopped, at which time the operator was identified as Mr. Tietje. After further interview and investigation, Mr. Tietje was taken into custody for DWI and was transported for processing.

While processing Mr. Tietje, Deputies discovered that he had two prior convictions for DWI, 26 suspensions on his license, a suspended vehicle registration, and had been operating the vehicle without a court-ordered interlock device. Having one or more DWI convictions during the past 10 years automatically elevates the current DWI charge a felony, and so Mr. Tietje was charged accordingly.

At this time, Mr. Tietje has been charged with the following:

After being processed, Mr. Tietje was arraigned before the Town of LaGrange Court and was released to the supervision of Probation.

As with any criminal case, the charges described above are merely accusations and Mr. Tietje is presumed innocent until proven guilty in a court of law. More information may be released as it becomes available. 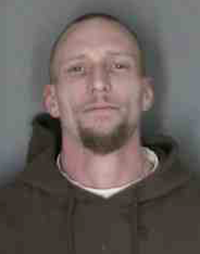