The Dutchess County Sheriff’s Office reports the arrest of Cindy Rivera, age 37 of Beacon, for larceny and welfare fraud stemming from an investigation involving the Dutchess County Department of Community and Family Services.

In October of 2014 the Sheriff’s Office Detective Bureau began an investigation into the theft of daycare benefits, and further investigation revealed Mrs. Rivera as a suspect. Mrs. Rivera was arrested on 9/30/15, and has been charged with Grand Larceny 3rd degree and Welfare Fraud 3rd degree (both D Felonies). Mrs. Rivera is accused of stealing over $41,000 in daycare benefits over a year-long period of time (7/11 – 7/12) by continuing to collect the benefits while concealing the fact that her husband was home and able to watch their kids.

After being processed Mrs. Rivera was arraigned before the City of Poughkeepsie Court, and was released to reappear before the same court on 10/14/15 at 9 am. As with any criminal case, the charges described here are merely accusations and Mrs. Rivera is presumed innocent until proven guilty in a court of law. 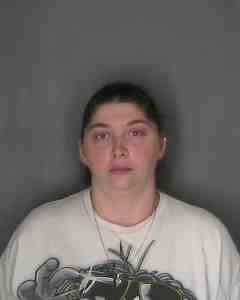