The Dutchess County Sheriff’s Office reports the arrest of Andrew P. Elliott, age 27 of Hyde Park, for felony DWI on 3/18/15 at approximately 2:00 am in the City of Poughkeepsie.

While on patrol, Deputies observed a Ford pickup truck make a right hand turn onto Parker Avenue from Washington Street without using a turn signal, and then once on Parker Avenue observed the truck fail to keep right. A traffic stop was then conducted on Parker Avenue, at which time Mr. Elliott was identified as the operator/sole occupant. Through further interview and investigation, Mr. Elliott was taken into custody at the scene for DWI and transported for processing.

During processing, it was discovered that Mr. Elliott has 2 previous convictions for DWI - 12/20/07 in Hyde Park and 4/8/09 in New Paltz - and having 2 convictions within the past 10 years automatically elevates the current DWI charge to a Class D Felony. Consequently, Mr. Elliott was charged with the felony DWI, failing to signal, failing to keep right and refusal to submit to a breath test. Mr. Elliott was arraigned before the City of Poughkeepsie Court and remanded to the Dutchess County Jail in lieu of $5,000 cash bail or $10,000 bond.

As with any criminal case, the charges described above are merely accusations and Mr. Elliott is presumed innocent until proven guilty in a court of law. 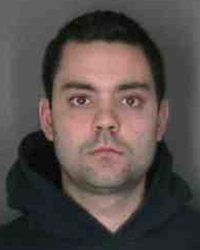