The investigation began in mid-late July of 2015, and was conducted by members of the Sheriff’s Office in conjunction with the Dutchess County Child Advocacy Center. As a result of the investigation, Mr. Stiebritz was arrested on 8/12/15, and is accused of sexually assaulting a female child for approximately 5 years beginning when she was 12 years old. The victim is now of legal age, and no further details about her or the case will be released in order to protect her privacy.

At this time Mr. Stiebritz has been charged with Predatory Sexual Assault Against a Child, which is a Class A Felony. After being processed, Mr. Stiebritz was arraigned before the Town of Beekman Court on 8/12/15, and was remanded to the Dutchess County Jail without bail. An Order of Protection on behalf of the victim was issued at the arraignment as well. At this time these alleged acts are thought to be isolated occurrences, and there is no indication that Mr. Stiebritz has had other victims. However, if anyone thinks that they may be a current or past victim, or know someone who may be a victim, they are urged to contact the Sheriff’s Office immediately. The Sheriff’s Office can be contacted at 845-486-3800, or via the tipline at 845-605-CLUE (2583) or dcsotips@gmail.com. Please ask to speak with Deputy Ben Sistarenik.

As with any other criminal case, the charges described above are merely accusations and Mr. Stiebritz is presumed innocent until proven guilty in a court of law. 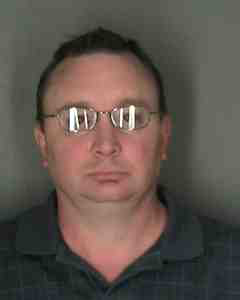