The Dutchess County Sheriff’s Office reports the arrest of Brandon A. Riccobono, age 18 of Rhinebeck, in connection with the 7/6/15 incident on Livingston St in Rhinebeck that killed 20-year-old Pleasant Valley resident Dylan D. Feller.

After a lengthy initial investigation, the case was presented to a Grand Jury who handed down an indictment for Mr. Riccobono on 11/5/15. On 11/12/15 Mr. Riccobono surrendered himself to Sheriff’s Office Detectives with his attorney, at which time he was arrested and arraigned before Dutchess County Court Judge Peter Forman. Mr. Riccobono was released to electronic monitoring subject to $25,000 cash bail or $50,000 bond, and at this time he has been charged with the following:

Mr. Riccobono has been identified as the driver of the vehicle involved in the incident, and is accused of recklessly causing Mr. Feller’s death while attempting to escape from a bad drug deal. Mr. Riccobono is also accused of leaving the scene after causing the fatal injuries to Mr. Feller. Further details will be withheld at this time in order to protect the integrity of upcoming court proceedings.

At this time it is respectfully asked that any/all questions for Dylan Feller’s family be directed to the family attorney, Mr. Brian Schneider at 419-2354.

As with any criminal case, the charges described above are merely accusations and Mr. Riccobono is presumed innocent until proven guilty in a court of law.

The investigation is continuing by members of the Sheriff’s Office Detective Bureau in conjunction with the Dutchess County District Attorney’s Office, and more information may be released as it becomes available. 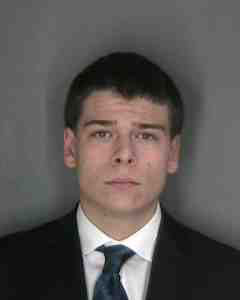