The Dutchess County Sheriff’s Office reports the arrest of Matthew Lucas, age 37 of Poughkeepsie, for two felonies on 3/21/15 at approximately 2:00 am.

While on patrol in the Town of Wappinger, a Sheriff’s Deputy came upon a vehicle stopped along the road on Myers Corners Road near Old Myers Corners Road. The Deputy approached the vehicle to see if any assistance was needed, at which time the operator/sole occupant was identified as Mr. Lucas. After further interview and investigation, Mr. Lucas was taken into custody for DWI and was transported for processing.

While he was being processed, it was learned that Mr. Lucas has 3 previous convictions for DWI, with 2 of those being within the last 10 years. The current DWI charge becomes a felony if the person has 1 or more DWI convictions within the past 10 years, and so Mr. Lucas was charged with the felony-level DWI. It was additionally discovered that Mr. Lucas’ driver’s license had been revoked for DWI, making that a felony charge as well.

At this time, Mr. Lucas has been charged with the following:

After being processed, Mr. Lucas was arraigned before the Town of Wappinger Court and remanded to the Dutchess County Jail with no bail.

As with any criminal case, the charges described above are merely accusations and Mr. Lucas is presumed innocent until proven guilty in a court of law. 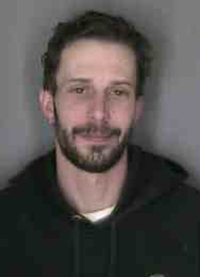