The Dutchess County Sheriff’s Office reports the arrest of Brian L. Decker, age 37 of Hyde Park, in connection with a residential burglary which occurred in the Town of Poughkeepsie on or about 12/1/15.

The burglary was reported to the Sheriff’s Office by the victim, and after a week-long investigation by the Sheriff’s Office Detective Bureau Mr. Decker was taken into custody on 12/10/15. Mr. Decker is accused of burglarizing the residence of someone known to him, during which numerous items of electronics and power equipment were stolen. Much of the stolen property has been recovered by the Detectives through the investigation.

At this time Mr. Decker has been charged with one count of Burglary 2nd Degree, which is a Class C Felony. After being processed Mr. Decker was arraigned before the Town of Poughkeepsie Court and remanded to the Dutchess County Jail in lieu of $10,000 cash bail or $20,000 bond, with a reappearance date of 12/15/15 at 4:30 pm.

As with any criminal case, the charges described above are merely accusations and Mr. Decker is presumed innocent until proven guilty in a court of law. The investigation is continuing, and more information may be released as it becomes available. 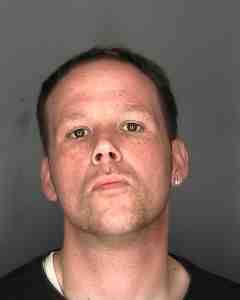