The Dutchess County Sheriff’s Office reports the arrest of Sam R. Ketchum, age 22 of Bard College, for rape as the result of a recent investigation into a sexual assault in the Town of Red Hook. Mr. Ketchum and the victim, who will not be identified, are known to each other and are both Bard College students.

After a week-long investigation by Sheriff’s Office Detectives, Mr. Ketchum was arrested and charged on 4/24/15. Mr. Ketchum is accused of having sexual intercourse with the victim without their consent, and further details of the incident will not be released for privacy and sensitivity reasons.

At this time, Mr. Ketchum has been charged with Rape 3rd degree, which is a felony. After being processed, he was arraigned before the Town of Red Hook Court and released on $2,500 cash bail.

As with any criminal case, the charges described above are merely accusations and Mr. Ketchum is presumed innocent until proven guilty in a court of law. More information may be released as it becomes available. 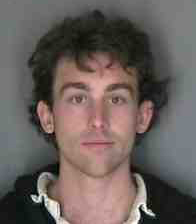