One Charged in Serious Milan Crash 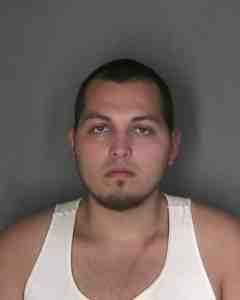 The Dutchess County Sheriff’s Office reports the investigation into a one-car serious crash which occurred on State Route 308 in the Town of Milan at approximately 7:35 am on 7/7/16.

On the above date and time Sheriff’s Deputies responded to Route 308 at the intersection with Route 199 in Milan for a report of a serious crash, and upon arrival observed it to be a one-car crash with 3 occupants. The occupants are identified as follows:

Mr. Russo was airlifted to Albany Medical Center with serious injuries, and the other occupants were transported to Mid-Hudson Regional Hospital with minor injuries. Preliminary investigation has shown that a 2004 Honda Civic operated by Mr. Stoddard was traveling eastbound on Route 308 when it left the pavement and struck a traffic light support pole on the south side of the roadway. The investigation is continuing, but at this time fatigue and alleged drug use are thought to be the primary factors.

After further interviews and investigation Mr. Stoddard was arrested at the hospital, and has been charged with Driving While Ability Impaired by Drugs (Misd.) and Vehicular Assault 2nd Degree (Felony). After being released from the hospital he was transported to the Sheriff’s Office for processing before being released on appearance tickets.

As with any criminal case the charges described above are merely accusations and Mr. Stoddard is presumed innocent until proven guilty in a court of law.