The Dutchess County Sheriff’s Office reports the arrest of Jorge G. Martinez, age 18 of Hyde Park, for rape in connection with an incident that occurred in Hyde Park during the early morning hours of 2/23/16.

Mr. Martinez was arrested on 2/24/16 as the result of an investigation by the Sheriff’s Office Detective Bureau. At this time he has been charged with Rape in the 3rd Degree, a felony, and is accused of engaging in sexual intercourse with the victim without their consent. Mr. Martinez and the victim are known to each other, and no further information will be released at this time due to the sensitive nature of the incident.

After being processed Mr. Martinez was arraigned before the Town of Hyde Park Court and was remanded to the Dutchess County Jail in lieu of $25,000 cash bail. The investigation is continuing, and anyone who has information regarding Mr. Martinez in relation to this or other sexual assault-type incidents is urged to contact Detective Franceschi at 845-486-3820. All calls will be kept confidential.

As with any criminal case, the charges described above are merely accusations and Mr. Martinez is presumed innocent until proven guilty in a court of law. 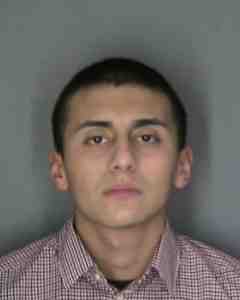