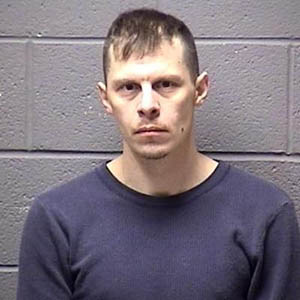 The Dutchess County Sheriff’s Office reports the arrest of Stephen Lippolis, age 37 of Beekman, for grand larceny stemming from a 4 month-long investigation into copper thefts from locations throughout Dutchess County.

Mr. Lippolis was arrested on 1/16/16 following an investigation by the Sheriff’s Office Detective Bureau which linked him to larcenies of copper from NYSEG stations, Central Hudson stations, and a cell tower site in Dutchess County. Mr. Lippolis is accused of breaking into the sites, causing significant damage in the process, and then removing the copper. The total dollar amount of the stolen copper and damage done is in the hundreds of thousands of dollars, and all of the copper was sold before it could be recovered.

At this time Mr. Lippolis has been charged with Grand Larceny 3rd and 4th Degrees, both of which are felonies. After being processed he was arraigned in front of the Town of Beekman Court, at which time he was remanded to the Dutchess County Jail in lieu of $50,000 cash bail or $100,000 bond. Mr. Lippolis is due to reappear before that same court on 1/20/16 at 10 am.

The investigation is continuing, and anyone who has information regarding Mr. Lippolis in relation to Dutchess County-area copper larcenies is urged to contact Detective Harris or Detective Pfitscher at 845-486-3820. All calls will be kept confidential. Further charges may follow, including possible charges from other jurisdictions that have similar investigations.

As with any criminal case, the charges described above are merely accusations and Mr. Lippolis is presumed innocent until proven guilty in a court of law. The Sheriff’s Office was assisted in the investigation by the Dutchess County Drug Task Force, the New York State Police, the Town of Poughkeepsie Police, and the Putnam County Sheriff’s Office. More information may be released as it becomes available.