Poughkeepsie man, two others charged in connection with burglaries

Since 5/3/16 the Sheriff’s Office and the aforementioned agencies throughout Dutchess County have been working together to identify & arrest a suspect responsible for breaking into gas stations/convenience stores and stealing cartons of cigarettes. These burglaries & attempted burglaries total 15 in all—12 actual burglaries and 3 attempts. Throughout the multi-agency investigation Mr. Reed was developed as a suspect and became the primary focus of the investigation. During the morning of 6/13/16 the Shell gas station in Hyde Park was burglarized, and a vehicle containing Mr. Reed and two (2) females was stopped close to the scene near the time of the burglary. After further investigation all 3 were charged in connection with the burglary - Mr. Reed was charged by the Sheriff’s Office and the females by Hyde Park Police - and it was discovered that Mr. Reed was allegedly connected to the other burglaries going back to 5/3/16. Cartons of stolen cigarettes from the Shell station were recovered at the time of the traffic stop, however the proceeds from the other burglaries have not been recovered. The motivation for these burglaries appears to be drug-related, and the businesses were apparently chosen at random.

At this time all three have been charged with Burglary in the 3rd Degree, a Felony. After being processed all three were arraigned before the Town of Hyde Park Court; Mr. Reed was remanded to the Dutchess County Jail in lieu of $25,000 cash bail or $50,000 bond, and the females were released to appear at a later date. At this time the identities of the females will not be released for investigatory reasons.

As previously mentioned the Sheriff’s Office Detective Bureau worked with five (5) other Dutchess County law enforcement agencies to bring this burglary spree to a close and arrest those allegedly responsible. It was through this collaboration that the investigation was a success, and so the Sheriff’s Office would like to recognize and thank the following agencies for their contributions and assistance with this investigation:

As with any criminal case, the charges described above are merely accusations and all three defendants are presumed innocent until proven guilty in a court of law. The investigation is continuing, more charges are possible and more information may be released as it develops. 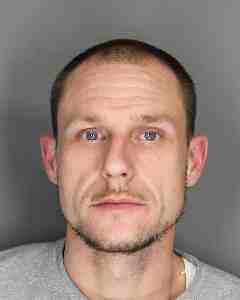