The Dutchess County Sheriff’s Office reports the arrest of Marlasia Ashley (age 19 of LaGrange) and Tashan Petteway (age 25, homeless) on 6/21/16 at approximately  3 am in the Town of LaGrange in connection with an investigation into an infant being left alone.

On 6/21/16 at approximately 12:40 am Sheriff’s Deputies responded to Hudson River Housing on Manchester Rd in LaGrange for a report of a small child that had been left alone in a room for several hours. The child, a 1½ year-old girl, was located alone in the room with no caregivers present. It was reported that staff members saw the child’s mother, whom they identified as Ms. Ashley, leave the apartment at approximately 10:15 pm. The employees then checked on the child and contacted the Sheriff’s Office after Ms. Ashley still hadn’t returned at 12:40 am. In addition to the baby being left alone, Deputies also discovered a sawed-off shotgun in the room during the investigation. While Deputies were on the scene investigating and making arrangements for the baby Ms. Ashley finally returned at approximately 3 am -   almost 5 full hours since she had originally left. Both subjects were taken into custody and CPS responded to the scene and removed the child.

Ms. Ashley has been charged with Endangering the Welfare of a Child (Misdemeanor), and Mr. Petteway has been charged with Criminal Possession of a Weapon 3rd Degree (Felony). After being processed Ms. Ashley was released on an appearance ticket to reappear before the Town of LaGrange Court on 7/5/16, and Mr. Petteway was arraigned before the Town of LaGrange Court. At arraignment Mr. Petteway was remanded to the Dutchess County Jail in lieu of $2,500 cash bail or $5,000 bond.

As with any criminal case, the charges described above are merely accusations and the defendants are presumed innocent until proven guilty in a court of law. More information may be released as it becomes available. 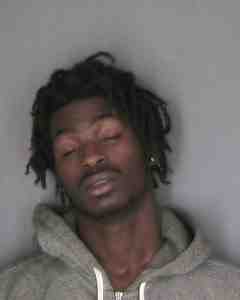 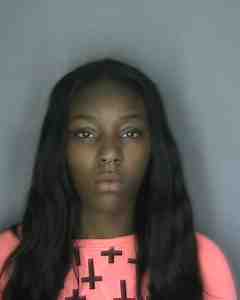