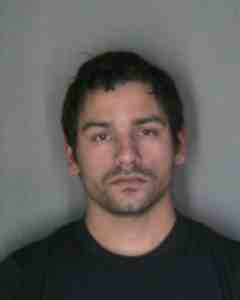 The Dutchess County Sheriff’s Office and Dutchess County Child Advocacy Center report the arrest of Jose Diaz, age 29 of Poughkeepsie, for the sexual assault of a child in connection with a string of incidents that occurred during 2014.

Mr. Diaz was arrested on 4/26/16 as the result of an investigation by the Sheriff’s Office in conjunction with the Dutchess County Child Advocacy Center. Mr. Diaz is accused of sexually assaulting a female victim under the age of 13 over the course of several months in 2014. No further details about the case or the victim will be released at this time due to the sensitive nature of the incident. At this time Mr. Diaz has been charged with the following in the corresponding jurisdictions:

After being processed Mr. Diaz was arraigned before the Town of Wappinger Court and was remanded to the Dutchess County Jail without bail. The investigation is continuing and further charges are possible. Anyone who has information about Mr. Diaz in relation to this or other sexual assault-type incidents is urged to contact Deputy Ben Sistarenik at (845) 486-3778, or via the Sheriff’s Office Tipline at (845) 605-CLUE (2583) or dcsotips@gmail.com. All calls will be kept confidential.

As with any criminal case, the charges described above are merely accusations and Mr. Diaz is presumed innocent until proven guilty in a court of law.