The Dutchess County Sheriff’s Office reports the arrest of Constance F. McGill-Boyrie, age 47 of Poughkeepsie, for grand larceny and welfare fraud stemming from a recent investigation.

Investigation by the Sheriff’s Office Detective Division, in conjunction with the Special Investigations Unit of the Dutchess County Community and Family Services Department, has revealed that Mrs. McGill-Boyrie allegedly stole $18,594 in Medicare and SNAP benefits during a 3-year period beginning in September 2011. Mrs. McGill-Boyrie is accused of stealing the benefits by concealing the fact that she had other income coming into the household.

Mrs. McGill-Boyrie was arrested on 2/24/16 and charged with grand larceny 3rd degree and welfare fraud 3rd degree, both Class D Felonies. After being processed she was arraigned at the City of Poughkeepsie Court, and was released on her own recognizance to reappear on a future date.

As with any criminal case, the charges described here are merely accusations and Mrs. McGill-Boyrie is presumed innocent until proven guilty in a court of law. 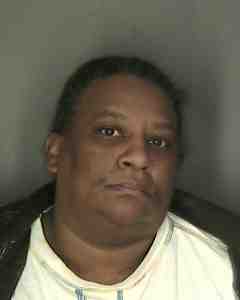