The Dutchess County Sheriff’s Office reports the arrest of Richard Whitted, age 45 of Marlboro NY, at approximately 8:30 pm on 5/5/16 in connection with a traffic stop and failure to comply on Route 9 in the Town of Hyde Park.
On the above date and time Deputies stopped a vehicle for traffic violations on Route 9 in Hyde Park, at which time the operator fled the stop in the vehicle and then on foot. The operator was apprehended a short time later, identified as Mr. Whitted, and found to allegedly be in possession of cocaine. At this time Mr. Whitted has been charged with the following:

After being processed Mr. Whitted was arraigned before the Town of Hyde Park Court, and was remanded to the Dutchess County Jail with no bail. As with any criminal case, the charges described above are merely accusations and Mr. Whitted is presumed innocent until proven guilty in a court of law. 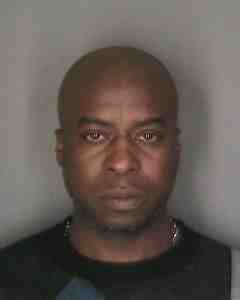