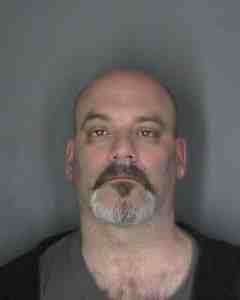 The Dutchess County Sheriff’s Office reports the arrest of Anthony A. Quatroni, age 50 of Pawling, in connection with a burglary at the Patter Paws Animal Hospital on Route 22 in Pawling on 5/4/16.

At approximately 9:45 pm on 5/4/16 Deputies responded to the animal hospital to investigate a burglar alarm activation, and during the investigation it was determined that a burglary had occurred. Mr. Quatroni was located close to the scene, and further investigation by the Sheriff’s Office Patrol and Detective Divisions led to him being charged in connection with the burglary. No further details will be released at this time in order to preserve the integrity of upcoming court proceedings.

At this time Mr. Quatroni has been charged with Burglary in the 3rd Degree, which is a class D felony. After being processed he was arraigned before the Town of Pawling Court and remanded to the Dutchess County Jail without bail. The investigation is continuing and further charges are possible.

As with any criminal case, the charges described above are merely accusations and Mr. Quatroni is presumed innocent until proven guilty in a court of law.