The Dutchess County Sheriff’s Office Detective Bureau reports the arrest of Wayne Thatcher, age 63 of Poughkeepsie, on 5/18/17 in connection with an investigation into inappropriate sexual contact.

This is to inform you that on 6/9/17 Mr. Thatcher was charged with one count of an additional offense – Sexual Abuse in the 1st Degree, which is a Class D Felony. This charge was brought after another person came forward with information about another incident. This charge is in the Town of Poughkeepsie, and after being processed Mr. Thatcher was arraigned and remanded to the Dutchess County Jail in lieu of $20,000 cash or $40,000 bond. At this time a total of seven people have come forward with information relative to incidents allegedly involving Mr. Thatcher, and the investigation is continuing.

As with any criminal case the charges described above are merely accusations and Mr. Thatcher is presumed innocent until proven guilty in a court of law. 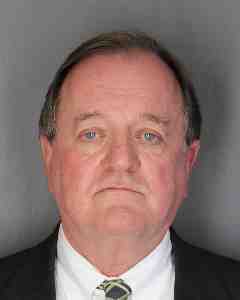