The Dutchess County Sheriff’s Office reports the arrest of Gerald J. Moore, age 31 of Poughkeepsie, in connection with a violent burglary and robbery at a residence in the Town of Pine Plains at approximately 1:30 pm on 11/21/17.

On the above date and time, Sheriff’s Patrol Deputies and Detectives responded to a residence on Woodward Hill Road in Pine Plains for a report of a disturbance. Upon arrival it was learned that a relative of the victims had allegedly forced entry into the home, assaulted the victim, caused damage, and stole a cell phone before fleeing the scene. It was also learned that there is currently an active Order of Protection in place for the victim. Further investigation led to Mr. Moore being identified as a suspect and the person who fled, and he was arrested a few hours later after he returned to the house. At this time Mr. Moore has been charged with the following:

After being processed Mr. Moore was arraigned before the Town of Pine Plains Court and was remanded to the Dutchess County Jail in lieu of $25,000 cash bail or $50,000 bond. As with any criminal case the charges described above are merely accusations and Mr. Moore is presumed innocent until proven guilty in a court of law. 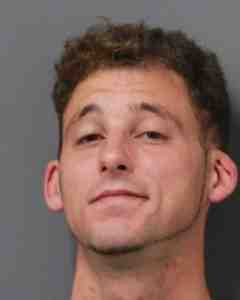