The Dutchess County Sheriff’s Office reports the arrest of Addie M. Davis, age 46 of Poughkeepsie, for welfare fraud stemming from a recent investigation.

Investigation by the Sheriff’s Office Detective Division, in conjunction with the Special Investigations Unit of the Dutchess County Community and Family Services Department, has revealed that Ms. Davis fraudulently received approximately $3,623 in SNAP benefits between 5/1/14 and 7/31/16 by concealing the fact that her income from her place of employment had increased.

Ms. Davis was arrested on 8/10/17 and charged with Welfare Fraud 3rd degree, which is a Class D Felony. After being processed she was arraigned at the City of Poughkeepsie Court and released on her own recognizance to reappear on 9/7/17.

As with any criminal case, the charges described here are merely accusations and Ms. Davis is presumed innocent until proven guilty in a court of law. 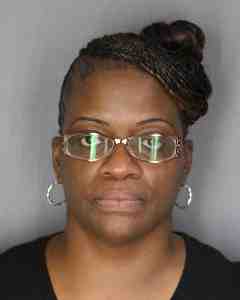