The Dutchess County Sheriff’s Office reports the arrest of Shaarod A. Ford, age 41 of the Town of Poughkeepsie, at approximately 1:55 am on 11/19/17 for felony-level charges stemming from a traffic stop in the Town of LaGrange.

On the above date and time Deputies stopped a vehicle for speeding on Noxon Rd in the Town of LaGrange, and upon initial interview the operator was identified as Mr. Ford. Through further interview and investigation Mr. Ford was taken into custody at the scene for driving while intoxicated and having a loaded handgun on his person. It was later learned that Mr. Ford has a previous DWI conviction within the past 10 years, making the current charge a felony.

At this time Mr. Ford has been charged with felony DWI, two (2) counts of felony criminal possession of a weapon (one for the handgun itself and the other for a large capacity magazine), and speeding. After being processed Mr. Ford was arraigned before the Town of LaGrange Court and remanded to the Dutchess County Jail in lieu of $10,000 cash bail or $20,000 bond.

As with any criminal case the above charges are merely accusations and Mr. Ford is presumed innocent until proven guilty in a court of law. 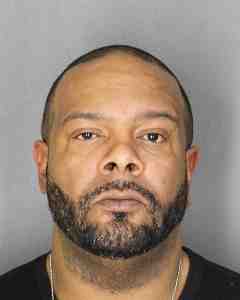