The Dutchess County Sheriff’s Office reports the arrest of Tashawn D. Miles, age 26 of Red Hook, in connection with an investigation by the Sheriff’s Office Detective Bureau into sexual assaults involving two children.

During the last several months Mr. Miles was employed as a rehabilitation specialist for an organization which provides support services for adolescents with developmental disabilities, and in the course of that employment would visit the homes of the various people assigned to him. At this time Mr. Miles is accused of sexually assaulting two (2) early-teenage boys while conducting these visits. One of the victims has developmental disabilities, the other does not, and one of the assaults occurred in the Town of Clinton and the other in Red Hook. No further details about the victims or the cases will be released at this time in order to protect their privacy and the integrity of the prosecution.

Mr. Miles was arrested on 9/6/17 and has been charged with Predatory Sexual Assault against a Child in the Town of Clinton, as well as Criminal Sexual Act 2nd Degree in the Village of Red Hook (both Felonies). After being processed Mr. Miles was arraigned before the Village of Red Hook Court and was remanded to the Dutchess County Jail without bail.

As with any criminal case the charges described above are merely accusations and Mr. Miles is presumed innocent until proven guilty in a court of law. 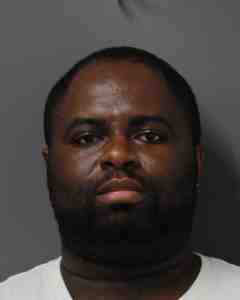