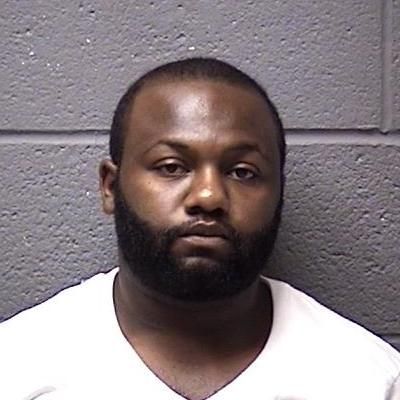 The Dutchess County Sheriff’s Office reports the arrest of Kwame McDermott, age 23 of Newburgh NY, as the result of an investigation into a residential burglary and stabbing which occurred in the Town of Wappinger during the early morning hours of 6/24/17.

On 6/24/17 at approximately 6:40 am Deputies responded to 2 Kent Rd in the Town of Wappinger for a report of a stabbing. Upon arrival there were two people on the scene with non-life threatening stab wounds, and a third person had fled. Both victims were transported to Mid-Hudson Regional Hospital for treatment and are expected to survive. Further investigation by the Sheriff’s Office Detective Bureau led to the identification of Mr. McDermott as the person who had fled the scene, and during the early morning hours of 6/26/17 he was taken into custody in the City of Newburgh. Mr. McDermott is accused of breaking into the residence and stabbing the occupants with a large knife during a dispute. The identities of the victims will not be released at this time, however at least one of them was known to Mr. McDermott and the incident is not considered to be random.

At this time Mr. McDermott has been charged with Burglary in the 1st Degree and Assault in the 2nd Degree, both felonies. After being processed he was arraigned before the Town of Wappinger Court and remanded to the Dutchess County Jail in lieu of $150,000 cash bail.

The investigation is continuing and anyone with information about this incident is asked to contact Detective Adam Harris at (845) 486-3852. Those with information may also contact the Sheriff’s Office tipline by phone at (845) 605-2583 or via email at dcsotips@gmail.com., and all information will be kept confidential.

The Sheriff’s Office Detective Bureau was assisted in the investigation by the Sheriff’s Office Special Operations Division, the City of Newburgh Police, the Orange County Sheriff’s Office, and the New York State Department of Corrections and Community Supervision (NYS DOCCS). As with any criminal case the charges described here are merely accusations and Mr. McDermott is presumed innocent until proven guilty in a court of law.