The Dutchess County Sheriff’s Office reports the arrest of Devin Huber, age 17 of Clinton, on 6/13/17 in connection with an investigation into a sexual assault involving a child.

On 6/13/17 at approximately 4:30 pm Sheriff’s Deputies responded to a residence in the Town of Clinton for a report of a child that had been sexually assaulted. Further investigation by the Sheriff’s Office Detective Bureau led to the arrest of Mr. Huber a short time later, and he is accused of forcibly subjecting the child to sexual contact earlier that day. In order to protect the victim’s privacy no further information about them or the case will be released.

At this time Mr. Huber has been charged with Sexual Abuse in the 1st Degree, which is a Class D Felony. After being processed he was arraigned before the Town of Clinton Court, released after posting $1,000 cash bail, and is due to reappear on 7/6/17 at 4 pm.

As with any criminal case the charges described above are merely accusations and Mr. Huber is presumed innocent until proven guilty in a court of law. 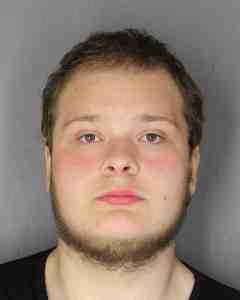