The Dutchess County Sheriff’s Office reports the arrest of Matthew S. Paul, age of 43 of Pawling, for felony-level DWI and unlicensed operation at approximately 10:15 pm on 9/19/17.

On the above date and time Mr. Paul arrived at the Town of LaGrange Court for a proceeding on a pending DWI charge, and at that time appeared to be in an alleged intoxicated condition. Deputies present in the court warned Mr. Paul not to drive after the proceeding, however he elected to do so anyway and was subsequently arrested.

At this time Mr. Paul has been charged with DWI and aggravated unlicensed operation of a vehicle, which are both felonies because of prior DWI convictions. After being processed Mr. Paul was arraigned before the Town of LaGrange Court and was remanded to the Dutchess County Jail in lieu of $2,500 cash bail or $5,000 bond.

As with any criminal case the charges described above are merely accusations and Mr. Paul is presumed innocent until proven guilty in a court of law. 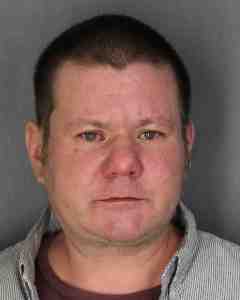