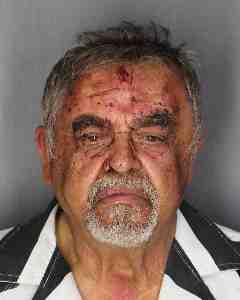 The Dutchess County Sheriff’s Office reports the arrest of Rosario Curcio, age 70 of Poughkeepsie, in connection with an investigation into a death that occurred at the Pleasant Valley Trout and Game Club on Salt Point Turnpike in Pleasant Valley on 10/3/17 at approximately 12:45 pm.

On the above date and time Sheriff’s Deputies responded to the Trout and Game Club  for a report of a shooting, and upon arrival observed Lana Florio (age 56 of Poughkeepsie) to be critically injured with an apparent gunshot wound to the head. Ms. Florio was pronounced dead at the scene, and at this time Mr. Curcio is accused of causing her death with a firearm. Mr. Curcio and Ms. Florio were known to each other, and there was never a threat to public safety.

At this time Mr. Curcio has been charged with Murder 2nd Degree (felony), and after being processed he was arraigned before the Town of Pleasant Valley Court and remanded to the Dutchess County Jail with no bail.

As with any criminal case, the charge described above is merely an accusation and Mr. Curcio is presumed innocent until proven guilty in a court of law.