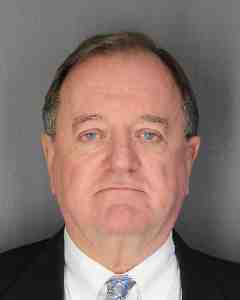 The Dutchess County Sheriff’s Office reports the arrest of Wayne Thatcher, age 64 of Poughkeepsie, in connection with a recent allegation of inappropriate sexual contact investigated by Sheriff’s Office Detectives.

On 12/1/17 Mr. Thatcher was arrested following a scheduled appearance at the City of Poughkeepsie Court, and has been charged with one count of Forcible Touching (Misdemeanor). The investigation that led to this arrest was initiated when the female victim came forward and filed a complaint, and is independent of the previous cases that led to Mr. Thatcher’s arrest and guilty plea earlier this year. After being processed Mr. Thatcher was released on an appearance ticket and is due to appear before the Town of Poughkeepsie Court on 12/5/17.

As with any criminal case the charge described above is merely an accusation and Mr. Thatcher is presumed innocent until proven guilty in a court of law.