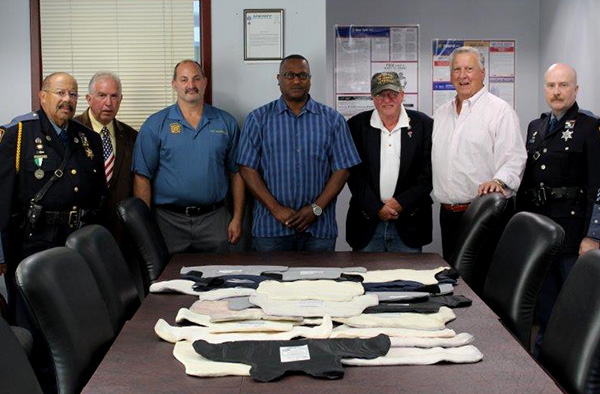 Dutchess County Sheriff Adrian”Butch” Anderson, in conjunction with the Law Enforcement Medal of Honor Committee (LEMHC), announces the donation of twenty (20) ballistic vests to the United States Military on 6/28/18.

The vests were previously worn by members of the Dutchess County Sheriff’s Office and were recently replaced by newer ones. The concept of donating them was then developed through the LEMHC and is being led by Dutchess County Sheriff’s Office Deputy Carmine Romeo, who is a founding member of the LEMHC and continues to serve on it today. The vests are due to be shipped today (6/28/18) to Captain Stephan Durso of the United States Air Force (based in Tennessee), who will then deploy them as necessary.

Sheriff Anderson is, and has always been, a firm supporter of the US Military and is proud to be a part of this initiative. Sheriff Anderson and the entire Dutchess County Sheriff’s Office will continue to support our military whenever possible, and are excited about being able to help today along with the Law Enforcement Medal of Honor Committee.