Arrests made after Pine Plains and BOCES threats

The Dutchess County Sheriff’s Office reports the arrests of two (2) people in connection with two separate and unrelated threats at the Pine Plains and BOCES school districts on 2/28/18. Both of the accused are students, and one has been charged criminally while the other as a juvenile.

At approximately 10:30 am on 2/28/18, Deputies responded to the BOCES Tech Center in the Town of Hyde Park for a report of someone making threats of “shooting up the school” via Snapchat. After further investigation by the Detective Bureau, Magtalia Freeman, age 17, was taken into custody and charged with making the threat. Ms. Freeman is a Pawling High School student who attends BOCES, and at this time she has been charged with Making a Terroristic Threat (Felony) and Falsely Reporting an Incident (Misd). After being processed, Ms. Freeman was arraigned before the Town of Hyde Park Court, during which she was ordered to submit to a mental health evaluation. At the conclusion of the evaluation Ms. Freeman will report to Probation to be placed on electronic monitoring.

At approximately 1:00 pm on 2/28/18, the Sheriff’s Office School Resource Officer (SRO) assigned to the Pine Plains School District was made aware of a possible threat made by a student at the High School. Further investigation by the SRO and Detectives revealed that a 15-year-old male student allegedly told other students that he was going to shoot up the class. At the conclusion of the investigation the student was arrested and charged as a juvenile, and was released on an appearance ticket to appear before the Family Court. No further information can be released at this time due to the student’s age.

Both of these threats have been found to be non-credible and there is no indication that staff or students were in danger at any point. More information may be released at a later time as it becomes available. 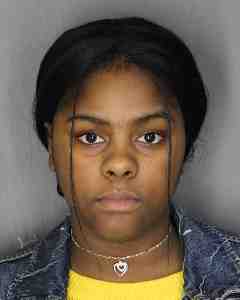