The Dutchess County Sheriff’s Office reports the arrest of Megan L. Poirot, age 43 of Rensselaer NY, for felony DWI in connection with a crash which occurred at approximately 2:30 am on 2/13/18.

On the above date and time, Sheriff’s Deputies responded to Route 22 in the Town of North East for a report of a one-car crash. Further investigation revealed that a 2009 Honda Civic operated by Ms. Poirot was southbound on Rt. 22 when the operator lost control, after which the vehicle struck an embankment and tree on the west side shoulder. Ms. Poirot suffered non-life threatening injuries and was transported to Sharon Hospital, where she was treated and later released from. Through further interview and investigation it was determined that Ms. Poirot was allegedly in an intoxicated condition, at which time she was taken into custody for DWI.

During processing it was discovered that Ms. Poirot has a previous conviction for an alcohol-related offense within the past 10 years, making this current charge a felony. At this time, Ms. Poirot has been charged with felony DWI and felony Aggravated Unlicensed Operation, and after being processed she was released on appearance tickets. She is due to reappear before the Town of North East Court on 4/24/18.

As with any criminal case the charges described above are merely accusations, and Ms. Poirot is presumed innocent until proven guilty in a court of law. 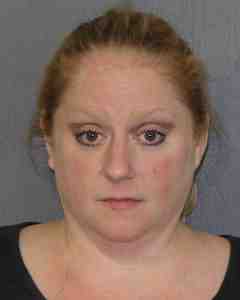