Kendall to Cuomo: Unless Reimbursed, NY Safe Act will have Significant Fiscal Impact Upon Dutchess County

Poughkeepsie… Dutchess County Clerk Bradford H. Kendall wrote to New York State Governor Andrew Cuomo (see letter (.pdf)) and questioned the Governor as to how the County will be reimbursed for the high costs that are being incurred by the recently adopted New York State SAFE Act.

Clerk Kendall stated, “Governor Cuomo was very clear that this legislation would not burden the counties with the costs of the SAFE Act, so I think it’s fair that I hold the Governor to that claim and question where I can submit a bill to be reimbursed for the obvious costs that are necessary to enact this legislation.”

The Clerk continued, “I sincerely wish that the Governor and those who supported this legislation would have communicated with the County Clerks, the Courts, and the Sheriffs, and discussed this legislation in depth; as it is obvious that there are many unanswered questions as to the impacts that it will have upon the Counties; both fiscally and procedurally.”

Kendall added, “When those who are not familiar with the operations of local governments create mandates for those local governments without input, it impedes upon the responsibilities which we were elected to do.” 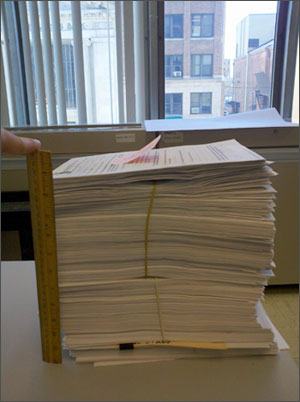 The Clerk continued, “It appears that both the Governor and those who supported the legislation are unaware of the mechanics of how this bill would be carried out.  This is obvious by recent claims by the Governor’s office that “the registration process for the SAFE Act will be simple and come at no costs to localities…”  In fact, if only a 25 percent of the 38,000 licensees decide to opt out, the costs to Dutchess County will exceed $150,000.”

Clerk Kendall concluded by saying, “I would have been pleased to explain the recording process as well as the significant concerns I have with these new challenges to the Governor and those who supported the legislation, had I been asked.”