Celebrating 300 Years of Democracy in Dutchess

A new eight panel exhibit depicting the evolution of Dutchess County Government’s legislative and executive branches over the past 300 years is now on display on the 6th floor, “the people’s floor,” of the Dutchess County Office Building.   Dutchess County’s independent government began on October 23, 1713, when colonial government granted permission for Dutchess residents to elect their own supervisor, treasurer, tax assessor and tax collector. 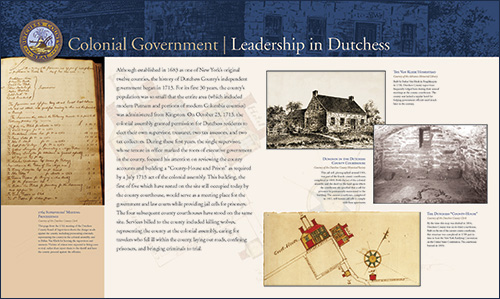 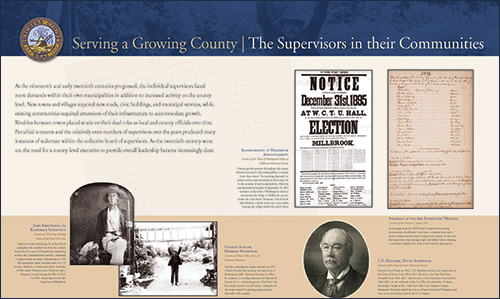 Serving a Growing County | The Supervisors in their Communities (.pdf) 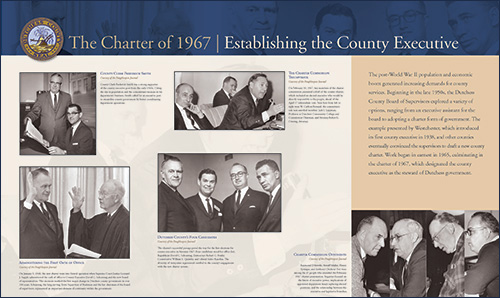 The Charter of 1967 | Establishing the County Executive (.pdf) 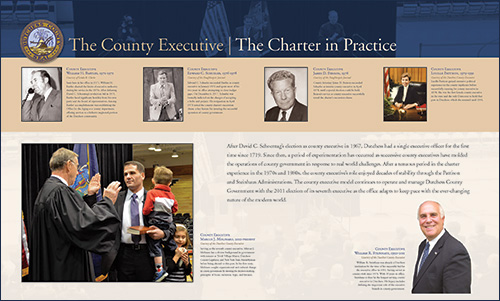 The County Executive | The Charter in Practice (.pdf) 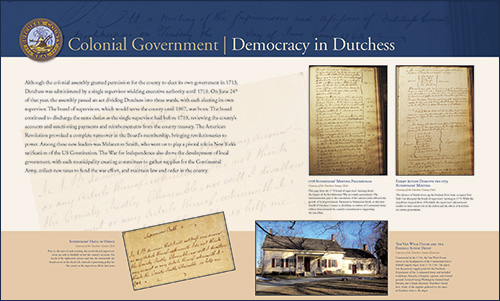 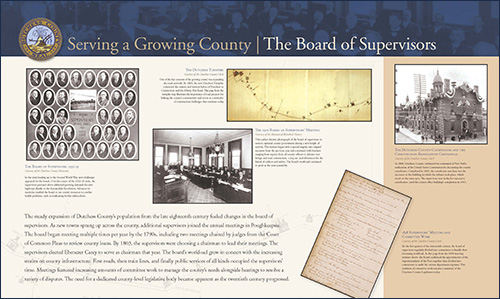 Serving a Growing County | The Board of Supervisors (.pdf) 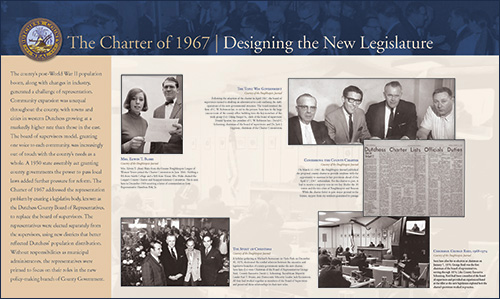 The Charter of 1967 | Designing the New Legislature (.pdf) 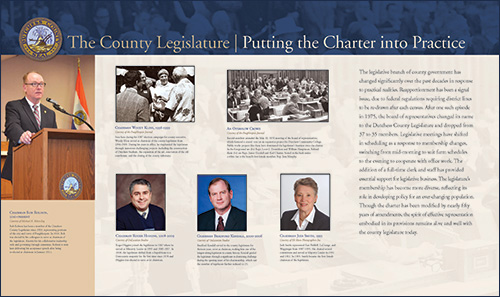 The County Legislature | Putting the Charter into Practice (.pdf)